In 1994, Darrell Westmoreland and his wife, Stephanie, founded North State Environmental as a stream and wetlands mitigation and restoration contractor. The Winston-Salem, N.C., based company has grown to 60-plus employees over the last 27 years and takes on a wide range of environmental projects throughout the United States.

“I grew up watching my grandpa farm and developed a passion for the outdoors from a young age,” recalled Westmoreland. “A couple years after I graduated from college, Stephanie and I were able to start up North State Environmental together. At first, our main focus was erosion control and environment protection. About three years into the business, we moved into the stream restoration and mitigation, wetlands restoration, and storm water work.” 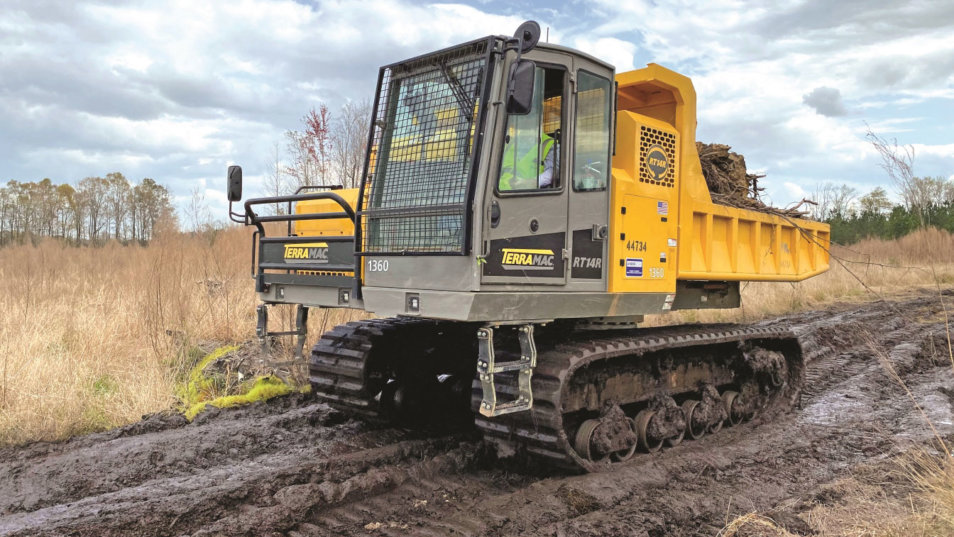 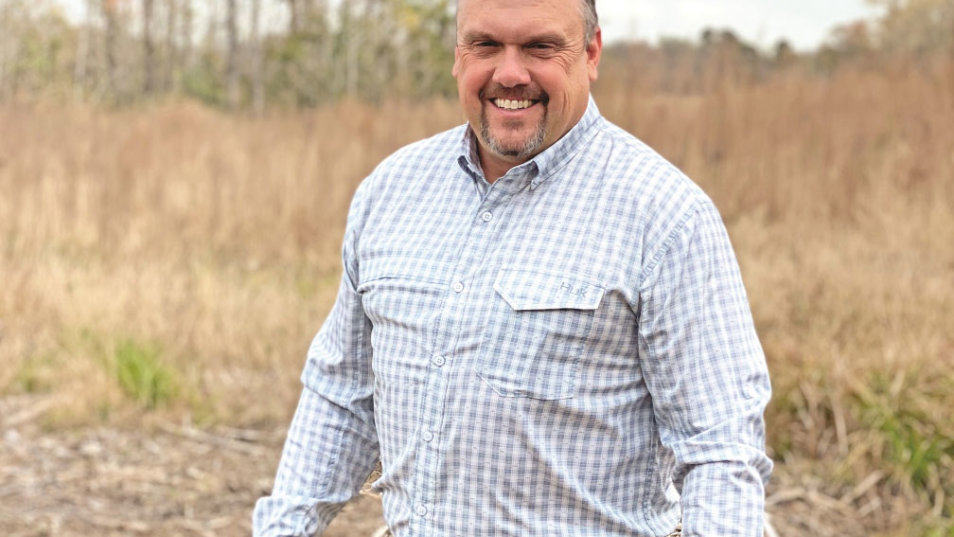 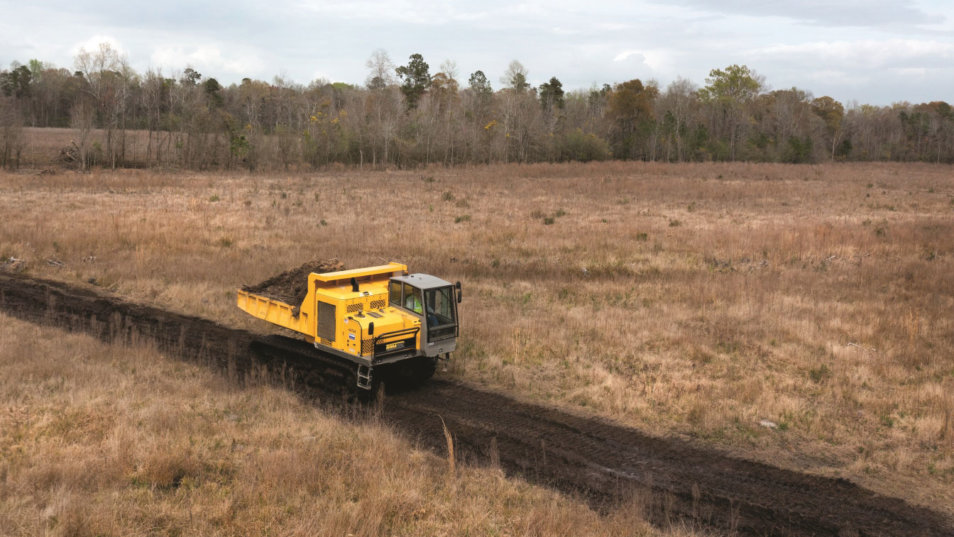 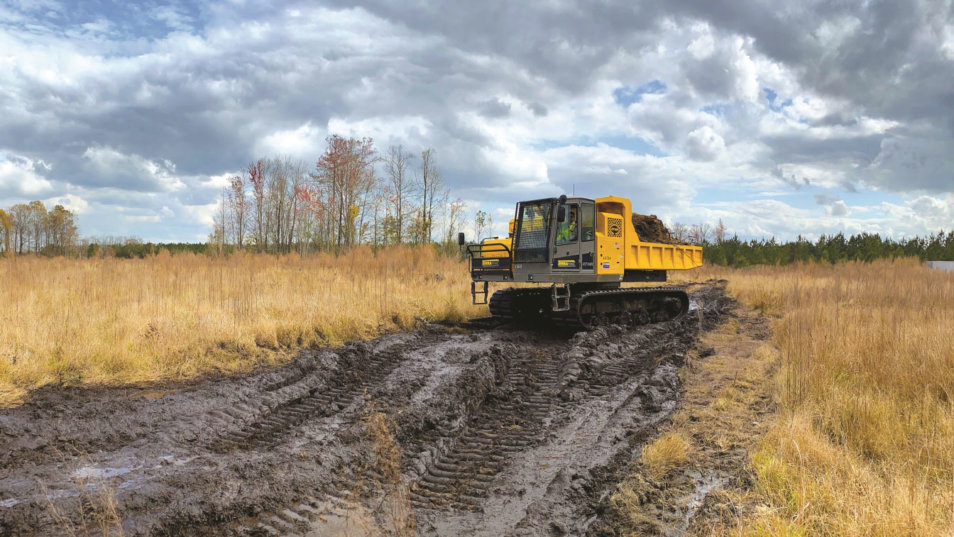 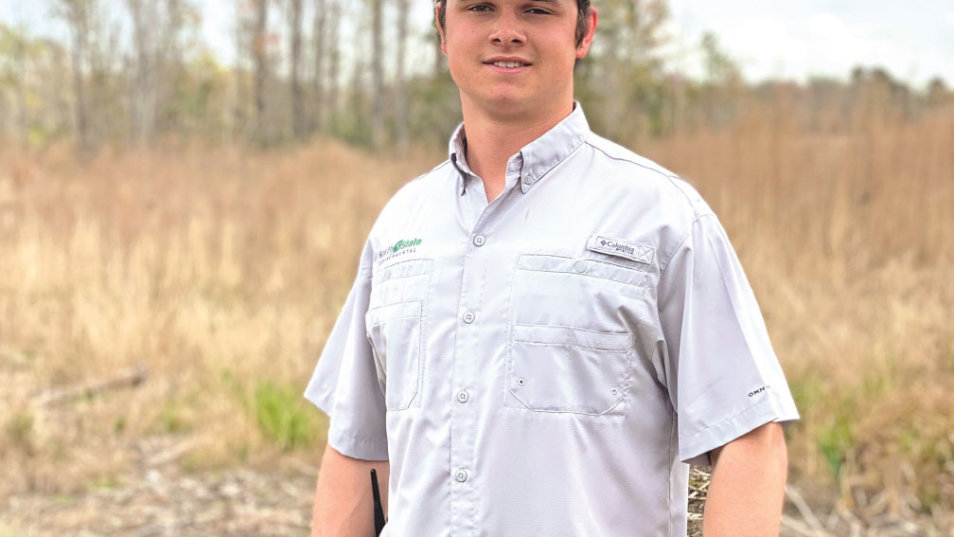 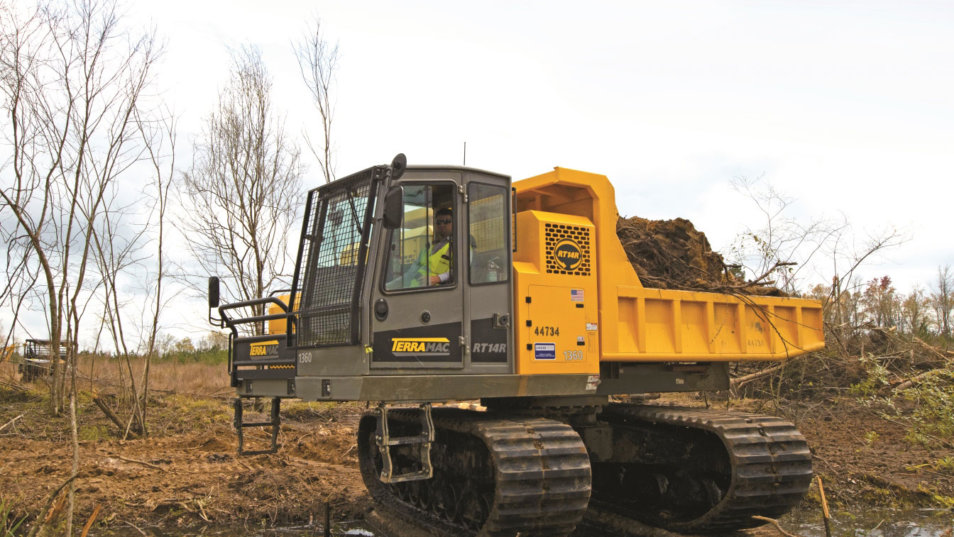 At its Big Run project near Moncks Corner, S.C., North State Environmental is completing 30,000 feet of stream mitigation. The four-month project provides credits for companies to offset other activities that disrupt natural environments. The remote location and challenging weather conditions of projects like Big Run means North State Environmental relies on machines that can handle a heavy workload while minimizing their impact on the ecosystem. To meet those demands while moving material, the firm utilizes two Terramac RT14R crawler carriers.

“I enjoy being able to do something good for the environment by engineering with mother nature to fix some of the existing problems with our streams and wetlands,” declared Westmoreland. “It’s rewarding to take something that’s in bad shape and not functioning the way mother nature intended and restore it back to its natural state. Our goal is to restore the ecosystem to a state where the public would never be able to tell it was touched by man.”

A majority of North State Environmental’s projects are in sensitive ecological locations that require detailed work. “We’re not like most bulk earthmoving companies,” explained Westmoreland. “We’re building habitats for different species of plants and animals, which requires operators that can fine grade within a tenth of an inch.

“At our Big Run job site and a lot of our other projects, we’re working close to the water table and flood plain areas,” noted Westmoreland. “Because of that, we prefer high floatation equipment with low ground pressure tracks. That’s where the Terramac machines come into play. Conventional earthmoving equipment will sink in these conditions, whereas the Terramacs allow us to keep our earthwork operations and projects moving forward.

“The particular model we use is a Terramac RT14R,” continued Westmoreland. “We like the “R” series, which are rotating units, because they allow us to move around in tight areas where we don’t want to spin the tracks. We prefer to use the rotation so that we can drive into an area where we’re working, spin 180 degrees, dump or load material, then spin the truck back and drive out.”

Westmoreland’s son, Operator Daniel Westmoreland, appreciates the technology on the RT14R crawler carrier compared to competitive brands. “The controls inside the cab and features of the machine make it top-of-the-line. Everything is joystick controlled, which means there’s no foot play or other distracting controls. By putting buttons at the operator’s fingertips and simplifying the joystick movements, the machine is easy and efficient to operate.”

“Our trusted Terramac dealer is Linder Industrial Machinery, and they’ve provided excellent service and support for us,” stated Westmoreland. “Through Linder, we’ve had the opportunity to work with Terramac one-on-one, tour their factory and facilities, and talk to their team about parts and ideas to keep the machines running efficiently. Working with a dealer that stands behind their equipment and believes in the product is one of the most important things I consider when looking at equipment, and it’s clear both Linder and Terramac fully back their product.”